Diabetes 101: Everything You Need to Know 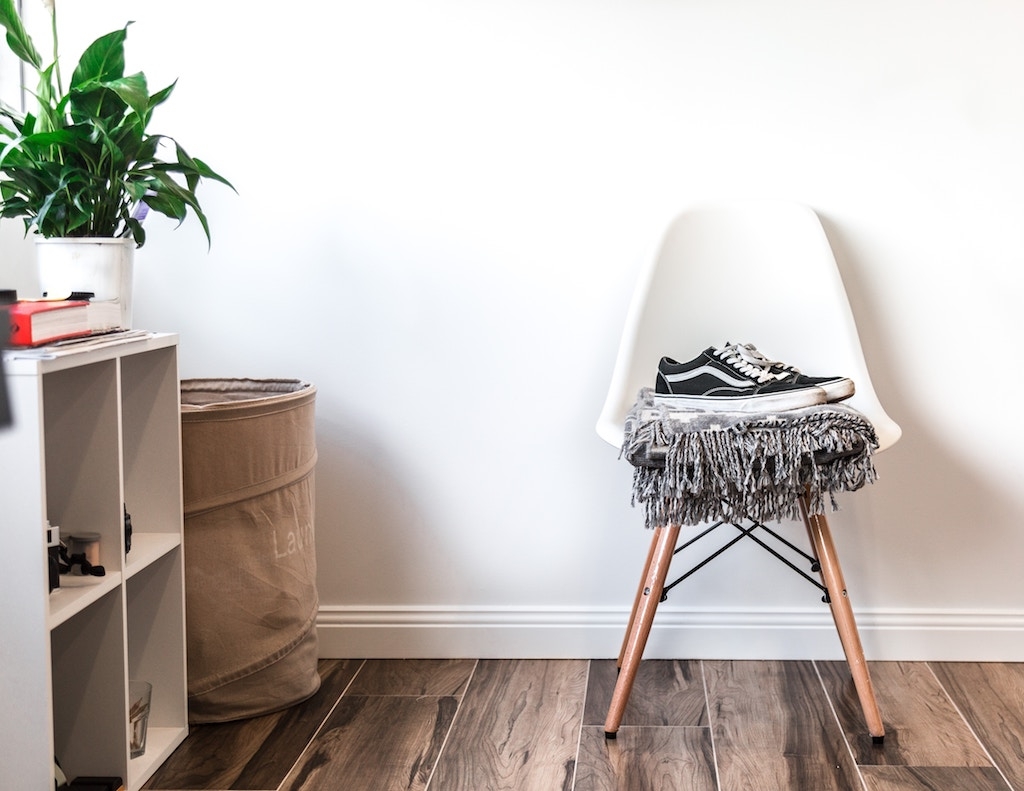 Whether you’re new to the world of diabetes or just need a refresher, we’re here to help! In this comprehensive guide to diabetes, we’ll talk about the differences between the types of diabetes (scientifically known as diabetes mellitus), common symptoms of diabetes, diabetes treatment, and how to choose the right diabetes products for you.

At its essence, diabetes refers to a group of conditions that all result in too much sugar in the blood (high blood sugar). However, there are multiple types of diabetes which have different underlying causes and therefore must be treated differently.

Let’s delve into the basics of the most common types of diabetes.

What is Type 1 diabetes?

Type 1 diabetes is the rarest type of diabetes—only 5-10% of people with diabetes are diagnosed with Type 1.

What are the symptoms of Type 1 diabetes?

Symptoms of Type 1 diabetes may include:

Extreme hunger (even immediately after eating)

If you are experiencing any of these symptoms, it is important to talk to your healthcare provider as soon as possible. Type 1 diabetes can be deadly if left untreated due to excess sugar building up in the bloodstream. Type 1 diabetics need insulin to combat this.

The cause of Type 1 diabetes is not known at this time and it cannot be prevented or cured. Type 1 is an autoimmune disease, in which the patient’s own body destroys pancreatic beta cells, making it difficult or impossible for the pancreas to produce insulin. Individuals with Type 1 diabetes may remain asymptomatic for years.

There is no cure for Type 1 diabetes. However, the good news is that Type 1 diabetics can manage their diabetes by testing their blood sugar with finger pricks or a continuous glucose monitor and injecting insulin through shots or via an insulin pump.

What products do Type 1 diabetics need?

Type 1 diabetics need a glucose meter or continuous glucose monitor to test their blood sugar. Along with a glucose meter, diabetes will need lancets, test strips, and a lancing device.

Type 1 diabetics also need a way to deliver insulin. This can include a vial of insulin and syringes, an insulin pen and pen needles, or an insulin pump with insulin and all accompanying supplies.

In Type 2 diabetes, the body is unable to use insulin effectively, causing high blood sugar levels.

What are the symptoms of Type 2 diabetes?

The symptoms of Type 2 diabetes are similar to those of Type 1 diabetes and include:

In some cases, there will be no symptoms of Type 2 diabetes.

Contributing factors of Type 2 diabetes include genetics as well as being overweight and/or underactive.

While weight and lack of regular exercise are the primary risk factors, others include:

Age (the risk of Type 2 diabetes increases after age 45)

Treatments for Type 2 diabetes include diet, exercise, medication in the form of pills, and sometimes, insulin therapy. Weight loss may have a positive impact on Type 2 diabetes as well.

What products do Type 2 diabetics need?

Type 2 diabetics need a glucose meter or continuous glucose monitor to test their blood sugar. Along with a glucose meter, lancets, test strips and a lancing device will be needed.

If a Type 2 diabetic is prescribed insulin, they will need a way to deliver insulin. This can include a vial of insulin and syringes or an insulin pen and pen needles.

Pre-diabetes is extremely common—nearly 1 in 3 Americans have it. The good news is it is entirely reversible.

What are the symptoms of pre-diabetes?

Pre-diabetes does not usually have any signs or symptoms. It is typically found when a person has an unusual blood sugar reading at a routine checkup.

Contributing factors of pre-diabetes include genetics as well as being overweight and/or underactive.

The primary risk factors of prediabetes include excess weight and a low activity level. However, other unique risk factors include:

Pre-diabetes can be treated or reversed with the following changes:

Getting blood pressure and cholesterol under control

Taking medication such as Metformin

What products do pre-diabetics need?

Pre-diabetics typically have their glucose levels checked annually by their healthcare professional. In most cases, prediabetics do not need their own medical supplies.

Gestational diabetes appears during pregnancy. In most cases, it is reversed and blood sugar returns to normal soon after the baby is delivered. See below to learn why this happens and how to lower your risk.

Between 2 and 10% of pregnant women deal with gestational diabetes.

What are the symptoms of gestational diabetes?

Gestational diabetes does not usually show any signs or symptoms. Instead, it is something monitored by doctors during pregnancy.

During pregnancy, hormone levels change, making it harder for the body to process blood sugar efficiently—causing it to rise.

Other risk factors for gestational diabetes may include:

Diabetes in an immediate family member

In many cases, gestational diabetes can be controlled with diet and exercise. In some cases, medication like Metformin (typically used in Type 2 diabetes) or temporary use of injectable insulin may be needed.

What products do gestational diabetics need?

Gestational diabetics need a glucose meter or continuous glucose monitor to test their blood sugar. Along with a glucose meter, lancets, test strips and a lancing device will be needed.

In some cases, gestational diabetics may also need medication. The most commonly prescribed medication is Metformin.

If a gestational diabetic is prescribed insulin, they will need a way to deliver insulin. This can include a vial of insulin and syringes or an insulin pen and pen needles.

The longer a person has diabetes, the higher their risk for complications—and the worse the complications may become.

Since prediabetes is usually either reversed or turns in Type 2 diabetes, and gestational diabetes usually goes away after delivery, the following complications apply mostly to untreated Type 2 diabetes and to Type 1 diabetes.

Complications of Type 1 diabetes in particular may also result in coma or death.

A blood glucose meter is a device that determines your blood sugar levels. You use a lancing device and lancet (a small needle) to prick your finger and draw a small amount of blood. You then place the blood sample on a blood glucose test strip, wait a few seconds, and see your blood glucose level appear on the screen. 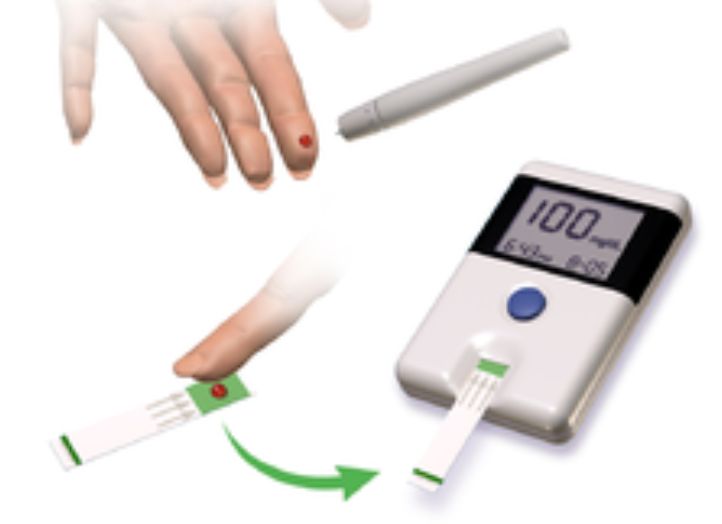 A continuous glucose monitor, or CGM, is a medical device used on a continual basis to determine blood sugar levels. Unlike a blood glucose meter, a CGM is attached to the body with a small wire under the skin at all times, sending a constant stream of blood glucose data to your phone or accompanying device.

Best for:  Type 1 diabetics that need a constant stream of glucose data. 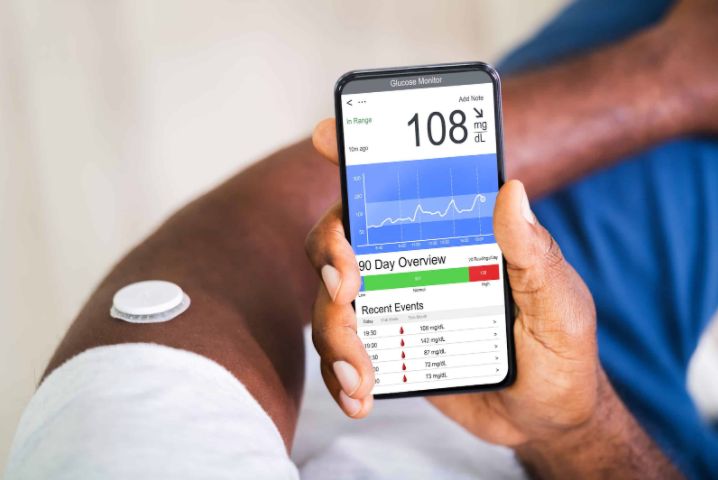 An insulin pump is a computerized medical device that delivers small doses of insulin continuously. It must be connected by the user at all times via a cannula, or small tube that is inserted under the skin with a needle. It stays on for several days at a time.

Best for: Type 1 diabetics that prefer not having to give separate injections multiple times per day. 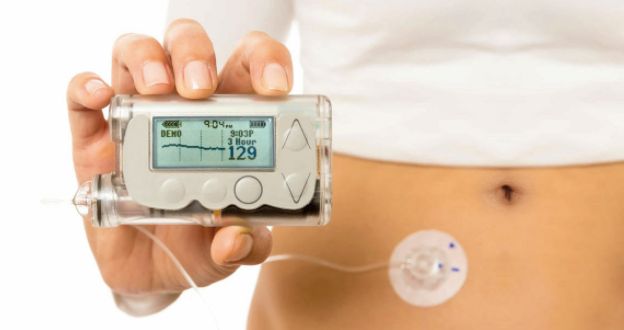 The most traditional way of delivering insulin, insulin from a vial can be drawn into a syringe and injected into the body, just under the skin.

Best for: those that will usually be injecting at home and prefer a simple approach. 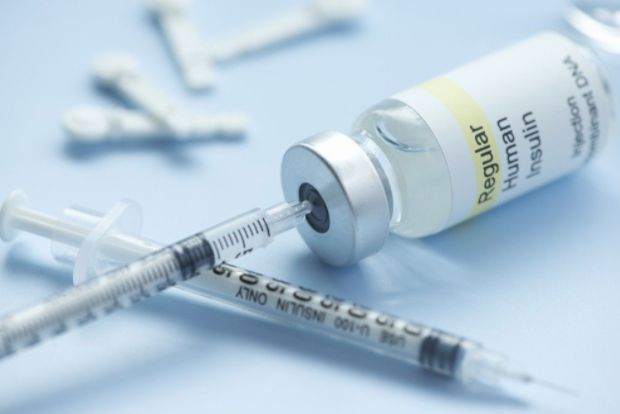 An insulin pen is a small, thin container of insulin. It uses special needles that are twisted onto the pen.

Best for: those that often inject insulin on the go. 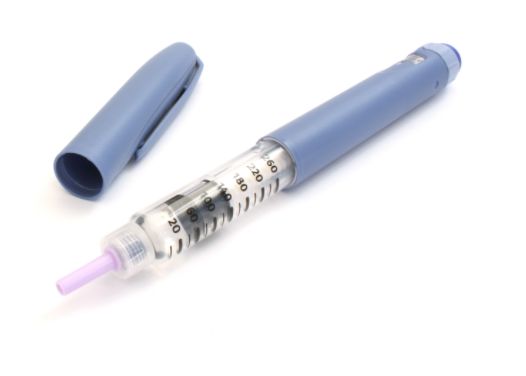 How to choose the right diabetes products for you

You should always consult your doctor or healthcare professional before making any treatment decisions. However, we’ve compiled some tips for choosing the right diabetes supplies for your needs.

When browsing the many options of diabetes products, it’s important to ask yourself the following questions:

How often do you need to test your blood sugar?

Depending on the type of diabetes you have, your blood sugar testing needs will be different. If you plan on testing frequently—for example, Type 1 diabetics test anywhere from 4 to 10 times per day—you may find that you need more from a glucose meter or continuous glucose monitor.

Some extra features of blood glucose meters available include:

A light for testing at night

On the other hand, if you only need to test infrequently and/or temporarily, you may not need the features listed above and can instead choose a blood glucose meter that is smaller, simpler and perhaps cheaper.

Do you need to take insulin? If so, how often?

If you have Type 1 diabetes, you need to take insulin. For other types of diabetes, however, you may or may not depending on the treatment plan you’ve set with your healthcare provider.

As mentioned above, if you do need to take insulin, you can choose between:

An insulin pen and pen needles

An insulin vial and syringes

The option you choose will depend on how often you need to take insulin, whether you will only be administering insulin at mealtimes, how comfortable you are with injections, and more.

Insulin pumps appeal to many Type 1 diabetics because instead of taking four or more separate injections per day, a pump allows them to only do so once every few days. However, Type 2 diabetics or gestational diabetics do not typically have a need to be tethered to an insulin pump.

What are your lifestyle needs?

Are you often on-the-go or will you be taking care of your diabetes needs mostly in the comfort of your own home? For instance, Type 1 diabetics are constantly monitoring their blood sugar and administering insulin, so flexibility and portability of products is extremely important. The Bayer Contour Next EZ Meter Kit includes everything from the meter and lancing devices to a logbook and carrying case!

If you have a different type of diabetes, you may not need to bring medical supplies with you wherever you go. Depending on your needs, blood glucose monitors and insulin delivery systems come in compact options like the FreeStyle Lite Blood Glucose Monitoring System as well as more robust options.

Your desire for discretion is another factor to consider. Do you want something small that no one can really see, or do you not mind your medical supplies being noticed? A great discreet option is the Bayer Contour Next ONE Blood Glucose Meter.

Do you have reduced vision, reduced dexterity or sensitive skin?

Lastly, any additional conditions you may have such as reduced vision, reduced dexterity or sensitive skin may affect the type of diabetes products you need.

You may, for example, need a blood glucose meter that uses a larger text size or higher contrast. There are even meters that can read your numbers out loud, like the Advocate Redi-Code+ Talking Glucose Meter Kit. Alternatively, you may want a meter or other device that is easier to hold, and/or a lancing device that is easier on the skin like the Genteel Plus Lancing Device.

If you still aren’t sure which type of diabetes supplies are right for you, contact your doctor. Better Health carries a selection of diabetes supplies that are reimbursable through insurance. You can also request free samples through our website or call us for help at 415-475-8444.

Speak to a personal care specialist

We are asking you a few questions to
determine if Better Health can help you
meet your needs.

It shouldn't take longer than one minute of your time.

What type of insurance do you have?

Select all that apply. This helps us bill your insurance so you don’t pay out of pocket.

Unfortunately at this time we’re only able to serve people with insurance.
We’re working on it though!

Get a free price quote

Almost there! Complete your order request below.

How can Better Health help you today?